The Putin Interviews by Oliver Stone 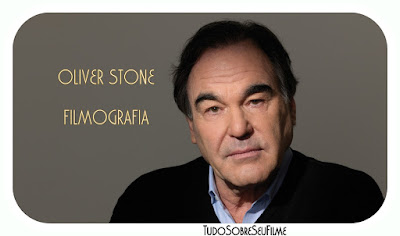 Oscar®-winning filmmaker Oliver Stone was granted unprecedented access to Russian President Vladimir Putin during more than a dozen interviews over two years, with no topic off-limits. This remarkable four-part documentary series provides intimate insight into Putin's personal and professional lives, from his childhood under communism, to his rise to power, his relations with four U.S. presidents, and his surprising takes on U.S.-Russian relations today. Witness the most detailed portrait of Putin ever granted to a Western interviewer.

After conducting hours of interviews with Vladimir Putin, film director Oliver Stone says the Russian leader is misunderstood by the West.


MAY
22
“The Putin Interviews”
“The Putin Interviews” is a 4-hour audacious climax to my strange life as an American filmmaker. Released in the heart of the Second Cold War, advocating for peace, it comes out on June 12th on Showtime in the US -- and in several other countries including UK, Germany, France, and Italy, in roughly the same June time period.
This film comes against a frightening background wherein the US is sleepwalking into a situation where it becomes more and more likely that Russia will react. Which is precisely what so many angry American neocons and Hillary-wing Democrats seem to want! Why? Is it really worth it to push the world closer to the nuclear precipice for this anger? Is it Trump they hate or is it truly the Russians? And why have they conflated these 2 issues?
According to the first enclosed article by Conn Hallinan, Washington and the Pentagon have been very methodical about reaching this stage of thinking. What he’s describing is terrifying. The outgrowth of what Obama, our Nobel Peace Prize winner, started in 2009 was the beginning of a process of modernizing our entire nuclear arsenal; it was without doubt the most dangerous and mistaken policy of his ill-fated tenure. Hallinan is describing a new ‘First Strike Option,’ which consists of a limited strike on Russia with our new modified ‘superfuze’ missiles to knock out Russia’s land-based silos. Read this scenario to believe it. Only Strangelove would.
In our documentary, Putin makes it quite clear for the viewer what we have wrought with the ABMs (anti-ballistic missiles) in Eastern Europe. It has wrecked the sense of parity that had existed for so long. See the map in the film and study the stranglehold the US has put on Russia with our nuclear arsenal, and you’ll begin to understand how you might feel if you were Russia. Pierre Sprey and Chuck Spinney round out the nuclear picture in their article. Russia is hardly the threat to us. We are the threat to Russia.
In another 2 articles, Mike Whitney, an American Cincinnatus, examines the geopolitics and fate of the Russian/US encounter -- and the American determination to block ‘A Greater Europe.’ He outlines brilliantly the growing desperation and unreasonableness of US sovereignty.
Stephen Cohen, in his conversation with John Batchelor, soberly reminds us of the basic US allegations against Russia and Putin in particular. And he also reminds us how we came back to this weird place in time again (circa 1945-54), wherein 6 of these allegations pass as evidence. Shades of Joe McCarthy.
Daniel Lazare, in “The Scandal Hidden Behind Russia-gate,” examines the lies of CrowdStrike and the Atlantic Council.
In all the outing of people around this issue, why haven’t we investigated John Brennan, ex of the CIA, for leaking the original Flynn story? Why haven’t the MSM linked Vault 7 to this man and his little lapdog James Clapper? I always disliked their visages alongside Obama as he was launching his drone campaigns, torture denials, etc. But Brennan’s is truly a face that belongs up there in Orwell’s literature, a face of extraordinary hostility and ugliness -- in other words, the face of war.
Conn Hallinan, “America’s New Nuclear Missile Endangers the World,” Counterpunch, http://bit.ly/2qCiNGk