The President took part in the final plenary session of the 19th meeting of the Valdai International Discussion Club.

The theme of this year's forum is A Post-Hegemonic World: Justice and Security for Everyone. The four day-long meeting brought together 111 experts, politicians, diplomats and economists from Russia and 40 foreign countries, including Afghanistan, Brazil, China, Egypt, France, Germany, India, Indonesia, Iran, Kazakhstan, South Africa, Turkiye, the United States, and Uzbekistan, to name a few.

We look forward to seeing you every year, but this year, perhaps, we were more impatient than usual, since there are lots of issues to discuss.

President of Russia Vladimir Putin: I suppose so, yes.

Fyodor Lukyanov: The forum mainly focused on matters related to the international order, such as how the world is changing and, most importantly, who, in fact, is at the helm of the world, who runs it, and whether the world is amenable to being run at all.

However, we are discussing this as observers, but you have power, so please share your thoughts with us.

Vladimir Putin: Thank you very much.

I had a chance to get a sense of what you discussed here during the last few days. It was an interesting and substantive discussion. I hope you do not regret coming to Russia and communicating with each other.

I am happy to see you all.

We have used the Valdai Club platform to discuss, more than once, the major and serious shifts that have already taken place and are taking place around the world, the risks posed by the degradation of global institutions, the erosion of collective security principles and the substitution of “rules” for international law. I was tempted to say “we are clear about who came up with these rules,” but, perhaps, that would not be an accurate statement. We have no idea whatsoever who made these rules up, what these rules are based on, or what is contained inside these rules.

It looks like we are witnessing an attempt to enforce just one rule whereby those in power – we were talking about power, and I am now talking about global power – could live without following any rules at all and could get away with anything. These are the rules that we hear them constantly, as people say, harping on, that is, talking about them incessantly

The Valdai discussions are important because a variety of assessments and forecasts can be heard here. Life always shows how accurate they were, since life is the sternest and the most objective teacher. So, life shows how accurate our previous years’ projections were.

Alas, events continue to follow a negative scenario, which we have discussed more than once during our previous meetings. Moreover, they have morphed into a major system-wide crisis that impacted, in addition to the military-political sphere, the economic and humanitarian spheres as well.

The so-called West which is, of course, a theoretical construct since it is not united and clearly is a highly complex conglomerate, but I will still say that the West has taken a number of steps in recent years and especially in recent months that are designed to escalate the situation. As a matter of fact, they always seek to aggravate matters, which is nothing new, either. This includes the stoking of war in Ukraine, the provocations around Taiwan, and the destabilisation of the global food and energy markets. To be sure, the latter was, of course, not done on purpose, there is no doubt about it. The destabilisation of the energy market resulted from a number of systemic missteps made by the Western authorities that I mentioned above. As we can see now, the situation was further aggravated by the destruction of the pan-European gas pipelines. This is something otherworldly altogether, but we are nevertheless witnessing these sad developments.

Global power is exactly what the so-called West has at stake in its game. But this game is certainly dangerous, bloody and, I would say, dirty. It denies the sovereignty of countries and peoples, their identity and uniqueness, and tramples upon other states’ interests. In any case, even if denial is the not the word used, they are doing it in real life. No one, except those who create these rules I have mentioned is entitled to retain their identity: everyone else must comply with these rules.

In this regard, let me remind you of Russia's proposals to our Western partners to build confidence and a collective security system. They were once again tossed in December 2021.

However, sitting things out can hardly work in the modern world. He who sows the wind will reap the whirlwind, as the saying goes. The crisis has indeed taken on a global dimension and has impacted everyone. There can be no illusions about this.

Humankind is at a fork in the road: either keep accumulating problems and eventually get crushed under their weight, or work together to find solutions – even imperfect ones, as long as they work – that can make our world a more stable and safer place. 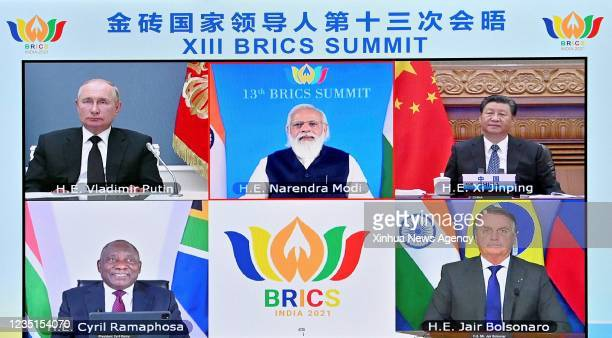 Speech and the Following Discussion at the Munich Conference on Security Policy -- February 10, 2007

Speech and the Following Discussion at the Munich Conference on Security PolicyFebruary 10, 2007
01:38
Munich

I am truly grateful to be invited to such a representative conference that has assembled politicians, military officials, entrepreneurs and experts from more than 40 nations.

This conference’s structure allows me to avoid excessive politeness and the need to speak in roundabout, pleasant but empty diplomatic terms. This conference’s format will allow me to say what I really think about international security problems. And if my comments seem unduly polemical, pointed or inexact to our colleagues, then I would ask you not to get angry with me. After all, this is only a conference. And I hope that after the first two or three minutes of my speech Mr Teltschik will not turn on the red light over there.

Therefore. It is well known that international security comprises much more than issues relating to military and political stability. It involves the stability of the global economy, overcoming poverty, economic security and developing a dialogue between civilisations.

This universal, indivisible character of security is expressed as the basic principle that “security for one is security for all”. As Franklin D. Roosevelt said during the first few days that the Second World War was breaking out: “When peace has been broken anywhere, the peace of all countries everywhere is in danger.”

Only two decades ago the world was ideologically and economically divided and it was the huge strategic potential of two superpowers that ensured global security.